Today I'll be sharing a couple of really interesting sites that are I believe previously unclaimed!
As silly as that sounds!

Theses finds go strictly to Jason, Doyle, and of course Russel! Well done gentleman. They were kind enough to show me this "Fairy Fortress"!
These pics were from my last hike!

First little guy I found greeting us on the way up! 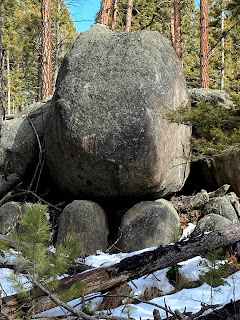 Then I found this on the side of the Fortress, I found this very interesting, like they were carving bricks and the top one was missing! Very cool!
But was it just a trick of fracturing and erosion?
Looking closely I saw no signs of the rock being tampered with artificially, in fact the rocks closer to the bottom were still attached and had yet to fall away.

It is still a very fun feature admire! 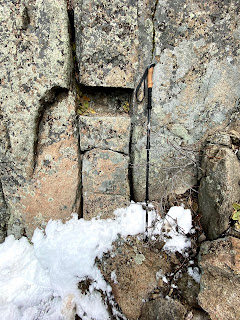 We called this guy "UFO" rock since it looked like a UFO just landed up there! Looks like Bigfoot left his Pizza Boxes out to long! 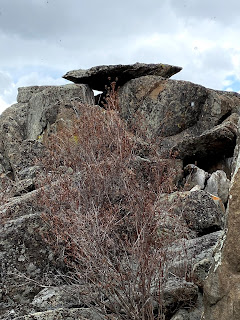 Looks like Bigfoot left his Pizza Boxes out to long!
Pizza Box Rocks! They were all separate too...hmmm. 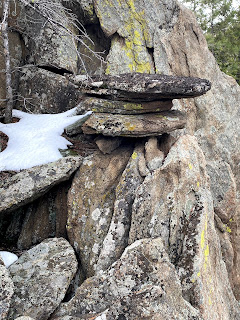 I cannot express the utter size of this Rock Outcropping.....The size of 5-6 story house and several combined!

It was huge, and there was no way we were getting up there! Though not for a lack of trying!

I hope more people can get to check this place out! 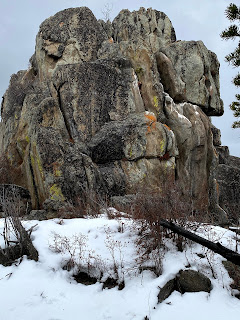 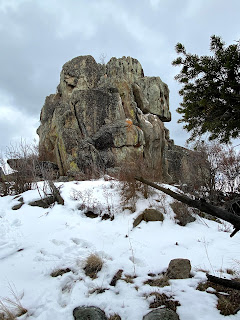 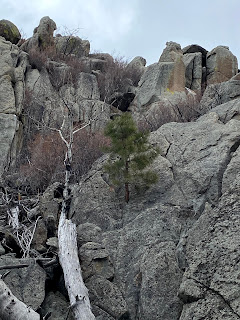 *One interesting thing we have been doing on all our hikes is to take compass bearings at different rock outcroppings as we hike.
The reason for this is that we are finding that the natural placement and erosion of the granite has a consistent alignment.
Now I am no expert but unless "they" placed every boulder in a National Forest it makes the natural explanation make more sense.
Now who's to say that these were not found along time ago and manipulated, but I still have found no evidence of this.

I hope you enjoyed today and I hope to see you out there hiking!


Posted by HistoryShift at 7:16 PM