That's the old saying at least, right? Especially when buying property. Property to use for houses, businesses, parks, farm land, cemetery's, you get the point. Land that is chosen and has been chosen for century's, was chosen for a reason! 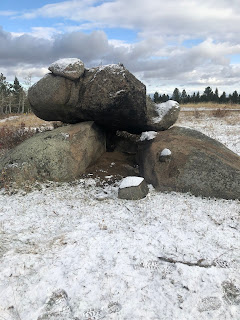 Mother Nature in all her glory and power and time has the same ideology. Let me explain. For example you don't expect to find desert animals living in the rain forest or vise versus! You pick the location best suited to your needs. 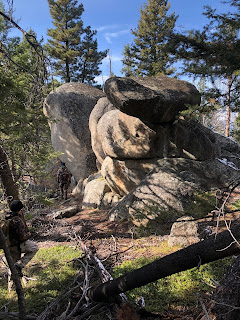 Now we know, yes know that man has been present in the Boulder Batholith back as far as right before or after Clovis culture but no Clovis artifacts have been found in area to date. This is from and archeological dig done on North White Tail road just south of Boulder, Mt in 2017. I attended the lecture given by the lead archeologist on the site, we do have sort of close by The Ansik child, the only remaining body found to date of a Clovis ancestry was found here in Montana but at a different location, and that is for another day.
Point being that we do not have any evidence what so ever of occupation going back any further because well beyond that it was the ICE AGE! lol we have to understand that this area was being effected by the ebb and flow of the glaciers. The glacial runoff, glacial damn breaking causing huge mage floods! This went on for roughly the next 40,000 years back prior to Clovis showing up. 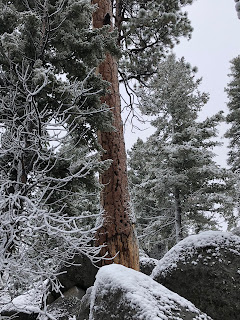 So Montana wasn't the most hospital place back then, but at this point the Boulder and Idaho batholiths had already risen from the ground, covered in a magma/granite coating and were thrust through the crust of the earth and pushed to the surface 78-80,000,000 years before the last ice age. So to say that man who as to date has only been proven to be around for the last 180,000 years was the constructor of these amazing "geosculptures" (my term I'm using it for the first time here 10/23/19 lol) were already in place before we ever came along! Pushed, rocked, frozen, heated all of mother natures weapons were used here. Hell the Dinosaurs were the first to see these. 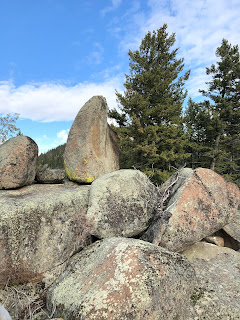 So the next question is do you believe in Aliens and Giants and Atlantis? We I do! lol Tricked you! However I do not believe any had anything to do with saying that these "Rock Castles" were "man" made! Could man have effected the way the stones were positioned or even helped in the formation of some of what we see today? OF COURSE and that is the red haring in the room folks. 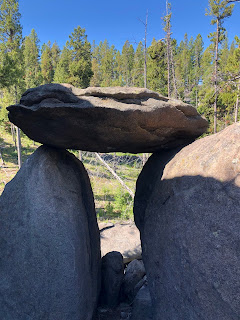 We don't need aliens to build the pyramids in Egypt we certainly don't need them to move a few stones for us up here! lol
I guess my point is there is ALOT of other things to consider when trying to figure out these amazing geosculptures! So anyone claiming to have all the answers has either been abducted by aliens who took them back in time to know what they claim to know! It's lacking scientific research, morality, and common sense! I plan to help bring some that back! 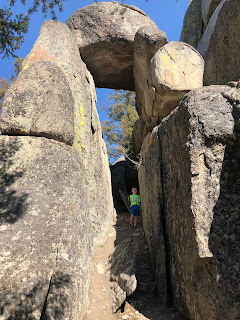 I've said it many times and I will say it again, go explore and make up your own minds! do research, ask questions, always ask questions, and decide for yourself. There are lots of choices!
SEE, its not just a black and white issue there could be many explanations we just don't know yet! But were looking and will keep looking and sharing information!

So in that light of the nature of sharing, todays share is Strawberry Butte, South of East Helena (map below). I marked the spot to park, get out and go exploring! Lots of great stuff out there! Please come back and share! Also I updated the google earth file to include the Tizer Dolmen so, ENJOY!! I'll see you out there!
Just search Strawberry butte, its just a little east of that, on ridge over! Here are the GPS Coordinates:
46 - 27 - 52.41 N
111 - 54 - 15.46 W 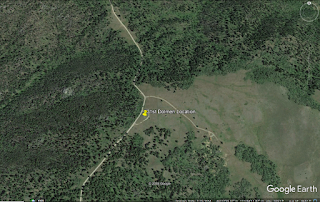 As always please email me with anything I can be of help with!
Peace!
YouTube video coming soon!

Google Earth file with Pictures and Locations Updated!
Posted by HistoryShift at 7:12 PM